The recent update of iOS and OS X brought along Apple’s new photo organizing framework.  To be honest though, it is very slick.  It makes photo storage and access very secure and ubiquitous.  You don’t need to worry about where your photos are and you (probably) don’t need to worry about having space on your devices.  Like Apple’s typical catchphrase, “it just works”.  It kinda represents the ideal of cloud storage – you don’t know or care where it is, but it follows you everywhere and rains your data down whenever you want it.  Also it obscures the sun.  And makes visibility at higher altitudes a bit of a challenge.

Hold on, those last two might not fit in to the desired description.  Just leave them off for now.

Except this convenience is gonna cost you.  iCloud storage prices have come down, but they are still a little on the pricy side.  The lowest end (20GB) is $1 a month, and perfect for the security and convenience of cloud-based iOS device backup.  After that though, competitors start to look a little nicer in the price & capacity range.  Both Amazon and Microsoft have decently-priced tiers that provide unlimited space.

So with the constraints of iCloud storage, they introduced their new Photos app.  (It’s not bad, but it’s no Aperture).  I tried importing and uploading my photos, but as you guessed it, I ran out of space.  I have about 10,000 photos, which is a lot but not a lot a lot, you know…  Now, iCloud Photos is by no means required to use Photos.app, but having lost photos a few times to hard drive deaths, I decided I need some sort of cloud backup.  It would also be nice to save on the limited SSD space of our MacBook Air by keeping those photos primarily in the cloud.  But iCloud wasn’t it. 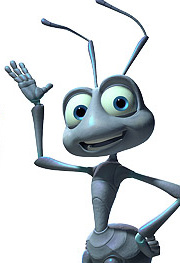 No not him, another one. Certainly © Disney.

I signed up for Flickr quite a while ago, although at the time it wasn’t really anything that compelling.  Then Marissa Meyer came along and kicked Flickr into the spotlight by giving 1TB away for free.  I instantly became a fan, yet I didn’t use it as much as I’d like.  There was a hurdle.  I could auto-upload from the iOS app, and that was wonderfully seamless (I was pleasantly surprised that many of my photos were up there already).  The hurdle, however, is the desktop.  When you import photos using a card or plugging your camera in… or you do some editing, then what?  I have a couple of plugins that allow you to upload to Flickr, and they work pretty good, but it’s a single-photo manual process… subject to my easily distracted mind (ooo something shiny!)

A few days ago, though, they came out with v4.0 of the iOS app.  I heard some raving about it, but the previous iOS app was already very very good.  Then I looked into the web – and more importantly – the Uploadr.  This is an agent that sits on your computer and does what it says.  It monitors your photo libraries and selected folders and uploads them to your Flickr account.  It deduplicates too, so you won’t have multiple unnecessary copies.

The web now has a camera roll that lets you do bulk operations like batch delete  (oops, I uploaded a screenshot folder) or album management.  It’s a little clumsy at the moment, since it falls back to the old interface in a few places, but already it’s very welcome.

Is it a complete “just works” solution like iCloud?  Almost, but not yet.

The one thing that is missing is the elimination or reduction of local libraries.  It would be nice to have an app that could access your hosted library, and optionally cache locally some full-resolution images, so you get the benefits of both cloud and local photo libraries.

Nextcloud via Proxy on unRAID

The above are two of my favorite software packages at the moment.  So powerful and I’m very content to run it on my own hardware, in house!  In order to get it to work though, Read more…

Cloud drives are everywhere. OneDrive, Google, Dropbox, Amazon, Box, and a dozen others I haven’t remembered.  You can create your own with OwnCloud or even just WebDAV if you need. But the problem with having Read more…

The visible and eminently tactile part of the Steam hardware experience is the controller. Steam took a leap and designed something significantly different from the standard twin stick/d-pad “standard”. The fundamental reason for doing this Read more…