A Dip in the Music Stream

Music streaming has become a big deal in the last few years.  People don’t seem to care about bandwidth, they know its a resource that seems to be basically infinite (if metered).

My problem is that it almost seems like the users are treating music the same way.

I reflect back to my discovery of music.  It started off as a social thing – you wanted to hear the new stuff that other people were talking about.  These were the days of carrying a boombox around so you could play your tunes for everyone who surely would like it as much as you, right?

After not long though, I realized there were things that others liked that I didn’t.  Why?  If it was popular, wasn’t it automatically good?  I realized that music can be something very personal, you can find some lyrics or tones that speak to your soul, but not those of the people right around you.  And, you know what, that cut both ways.  Maybe music I really enjoyed was never going to be the favourite of others [1. I know, seriously?].  I think I am still learning this, actually.

This is not to say that music lost its social aspect, sometimes it defined it.  This may have been an operation of the teen years as well, but there were times I selected or prioritized friends based on their music tastes.  I want to reject this as immature, but perhaps there is some small bit of validity to this…

Nevertheless, over this time, I began curating my own collection.  Thanks to Columbia House and BMG I gained a stack of CDs (vinyl was from record stores).  Much of it was familiar but I could afford to experiment a bit.

Music was tangible.  Music had a measurable value.  When I got a physical CD, it was an investment.  Sometimes I didn’t really like it on first listen, but since I paid for it, and I only had so many of them, I’d better get into it.  Sometimes I loved it from the first listen – yet I would usually limit myself to one listening a day, so I didn’t get tired of it.  Leaving it running all the time was absurd and wasteful.

To me, digital music downloads were the same thing, the lack of a physical disc didn’t cause a disconnect between the music and “some thing of value”.

This finally leads back to streaming.  I have tried a few services.  I ran Rdio for a long time, it was quite good, and I discovered some new artists I really enjoyed.  Then I tried Spotify for a month, it was also good, and I occasionally used some of the stations.  I ended up getting Xbox Music Pass for a year.  I tried Apple Music, and Google Play Music.  Back to Spotify for a few months.

But sometimes when I listen to stuff on any of these streaming services, I can’t shake the feeling that lots of this music isn’t worth much, and that has absolutely nothing to do with the compositions or the performance.  It seems very temporary, and that bothers me a little.  Why am I wasting my precious listening time on “throwaway” music?

I’m slowly coming around to the value of streaming.  I have discovered a few outstanding bands and songs that are valuable to me and exist only in that context.  But like air and clean water, maybe it’s something we have to stop ourselves and think about their value.

In the meantime, I’m gonna dial up some Big Country and Flock of Seagulls.  Enjoy, my public. 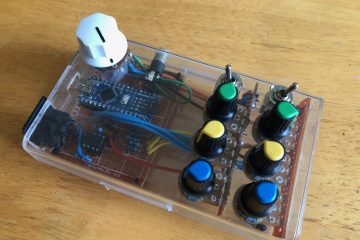 iTunes Without the iTunes Part

I have been archiving all of my purchased media for quite some time now, I like the flexibility of a digital copy, but also flexibility to view it how and where I choose (i.e. Plex).  Read more…